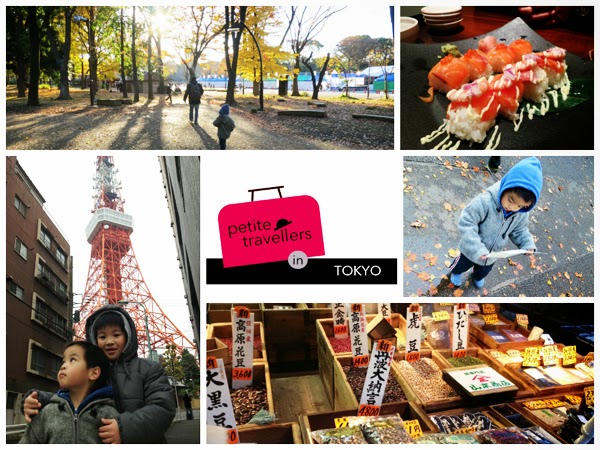 This travel post is written by Jasmine who blogs at Scissors Paper Stone. She travelled to Tokyo with her husband and her petite travellers, K (4 years) and J (7 years) in November 2012.

This holiday is suitable for kids who can walk and have lots of energy to expend as well as families who love animals and museums. 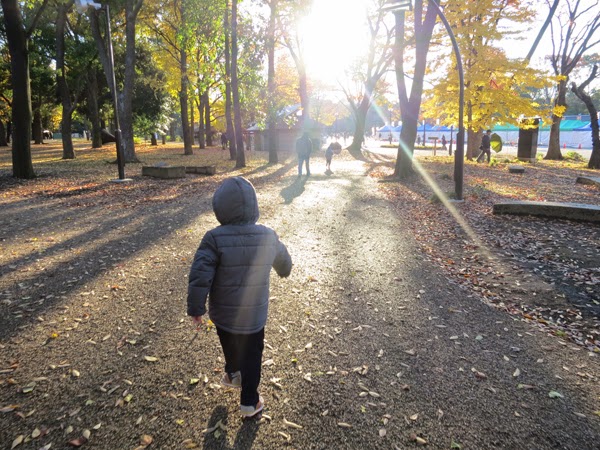 On our first day in Tokyo, we hopped on the Tokyo Metro and headed to Ueno Park. Tokyo is well connected by the metro and it is really the best way to get around. It does mean lots of walking and probably isn't the easiest place to travel with young kids if you still need a stroller on hand.

Depending on the time of year, you will be greeted by the trees clothed in a vibrant golden yellow as we were or otherwise, the rows and rows of pink cherry blossoms will be in bloom. 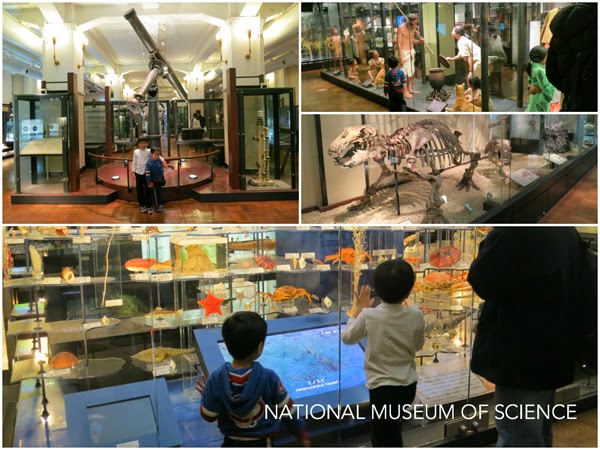 We had planned to visit the Ueno Zoo but it started to drizzle just as we left the subway so we popped into the National Museum of Nature and Science to take shelter. Ueno Park is home to a number of museums so you can really take your pick. We wandered around for a while as the kids identified the animals that they recognised and were really excited to find the huge telescope (pictured) and a globe with familiar Constellations. 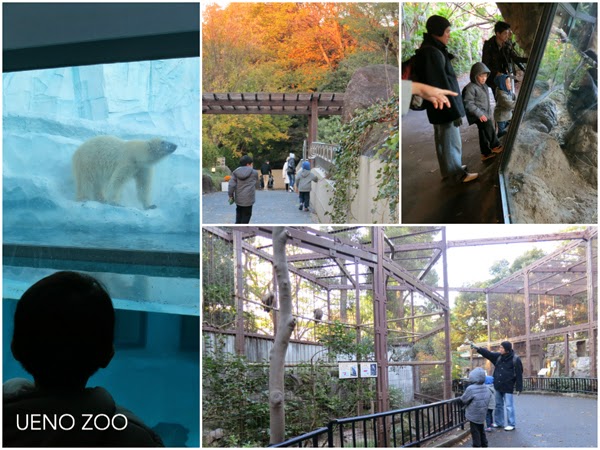 The highlight of the Ueno Zoo was certainly seeing the gorillas and the okapis since there aren't any in the Singapore Zoo. While we were there, the gorilla actually turned around and  banged on the glass. Not that friendly, I say but then again, it did add to the excitement of seeing a gorilla for the first time.

On our second day in Tokyo, we spent the day at Odaiba which is a modern, futuristic district that is made up of man-made islands. The Rainbow Bridge (see picture below) links Odaiba to the rest of Tokyo and I was glad I caught a shot of it while riding in the subway. 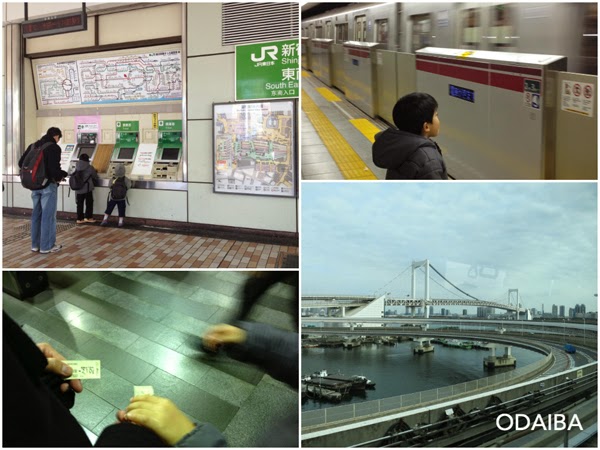 We spent most part of the day at Legoland Discovery Center Tokyo which is an indoor attraction with fewer rides but still made for a great day out with the kids. It was nice that it was indoors and the kids felt comfortable to roam around and play and build. There were lego workshops for the kids which was taught in Japanese but we managed to follow the steps as they were projected on a screen. It isn't a full theme park but this was the first legoland that the kids were visiting and they thoroughly enjoyed themselves. 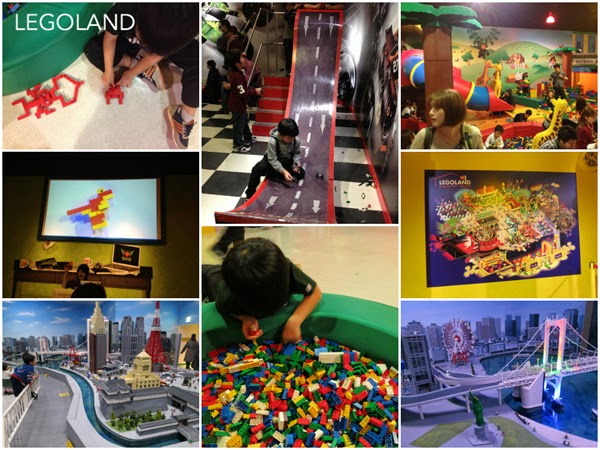 One big reason why we love Japan is the food. Without too much planning, it is easy to find a restaurant that makes everyone happy. All of us love japanese food so on day 3, we were off to visit the Tsujiki Fish Market for a fresh sushi breakfast. The kids found a shop that sold tamago of all kinds and so we also bought some for them to try. 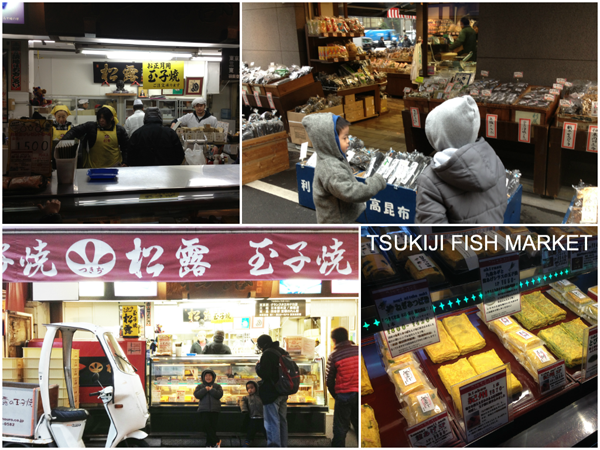 With our tummies full, we then headed to Roppongi Hills where we took a slow walk to another iconic landmark, Tokyo Tower. The kids played games along the way and I snapped pictures of little japanese school girls and other quirky japanese sights. 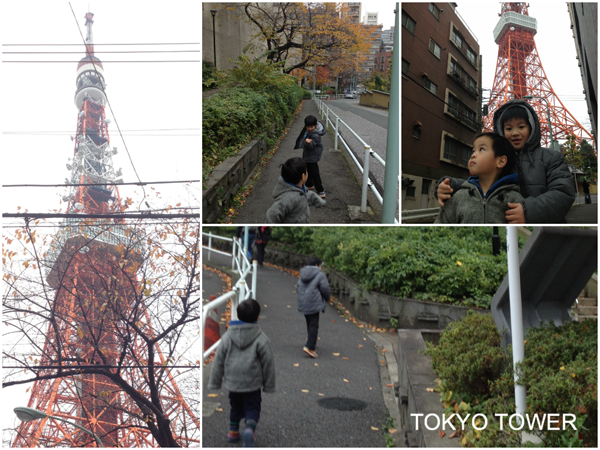 Inside Tokyo Tower, you will find a number of tourist shops as well as a food court. You can buy tickets to vist the observatory but we chose to visit the Tokyo Tower Aquarium instead. It isn't a fancy place but the fish are well-kept and we spotted a few fish that we hadn't seen before. 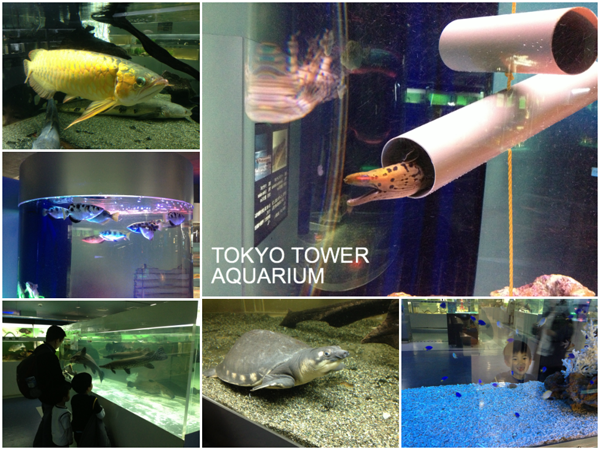 Holidays with the kids are slightly different in that we try to plan in family activities during the day. In the evenings, we tend to eat at a restaurant near our hotel. After dinner, one of us will head out to the shops while the other puts the kids to bed as our kids have an early bedtime. This gives us both some time to relax and makes the holiday more enjoyable for us all.

From Tokyo, we travelled to Hokkaido where we spent a few days at a ski resort and I hope to share that holiday with you next time.