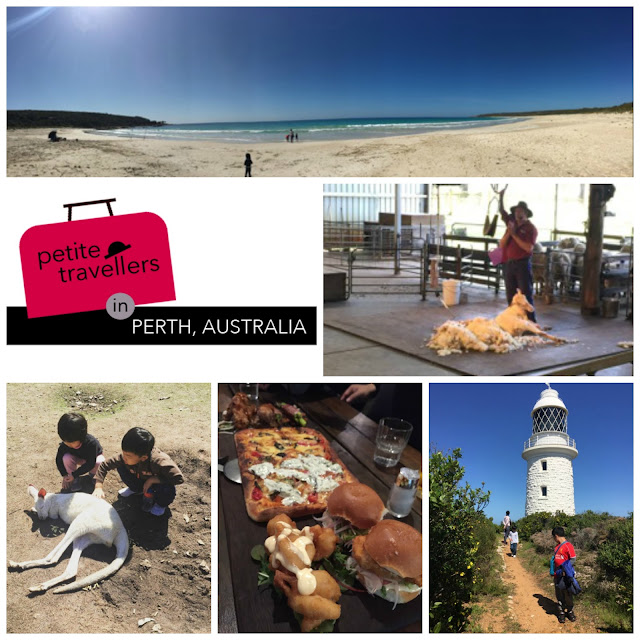 This week, we are pleased to welcome MummyEd who will tell us about her family's trip to Perth, Australia! MummyEd works from home whenever she has the chance to, but with 3 kids of ages 3 5 and 7 years old, those moments are few and far between. She blogs at http://mummyed.wordpress.com and has never been happier to leave the corporate world behind. 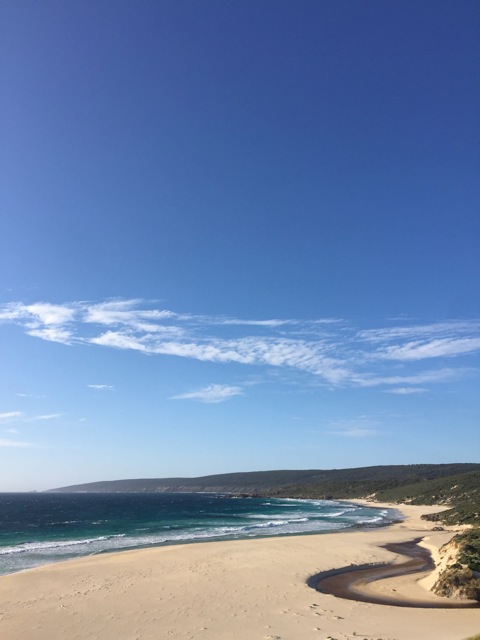 Over the September holidays, we took our little family, just the  5 of us, on a trip to Perth and to the Margaret River region. It was the first trip for the kids (who are 3, 5 and 7.5 years old now) to Australia, ever! With lots of fresh air and plenty of space to run around, and an easy-going itinerary, 8 days passed by too quickly!

We stayed in mostly apartments, starting with the Citadines St. George's Terrace within the Perth CBD. We arrived on a Friday afternoon, and rooms in the CBD were almost half the price on weekends than they were on weekdays. We also figured that the Margaret River area would be less crowded on weekdays, so that was how we planned the itinerary. At the Citadines we stayed in a 1-bedroom apartment, which was large enough for us, had a washing machine, and was walking distance to a large Woolworth's as well as the Hay Street shops. They also have several parking lots within the building, which we made use of since we rented a car. We did have a bit of trouble finding the building and the car park, even though I had already checked out the hotel via Google Map's street view. But eventually we arrived in one piece, and we quite liked the apartment and wouldn't mind staying again.

In Perth city, we had a mixture of meals - McDonald's on the first night (well, the kids were hungry and very tired, what better else than to cheer them up?), Vietnamese, Nando's, or we cooked ourselves. We definitely would have wanted to try more, but we took things easy, and never got around to it!

Our next apartment was the Bay Village Resort & Spa Dunsborough. We chose to stay in Dunsborough as there are many child-friendly activities in that area, and Bay Village have loft chalets which has 3 single beds and a queen bed at the loft, which meant that we could all sleep together instead of in 2 separate rooms! The resort is a short walk to the town's amenities like restaurants and a large Cole's, as well as the beach.

With the amazing fresh produce that was available in the supermarkets, we made a few of our own dinners, but the first night we arrived in Dunsborough, we ate at Occy's, which I found on TripAdvisor's restaurant listings. It was good! We enjoyed a platter which included two different pizzas and several appetizers. 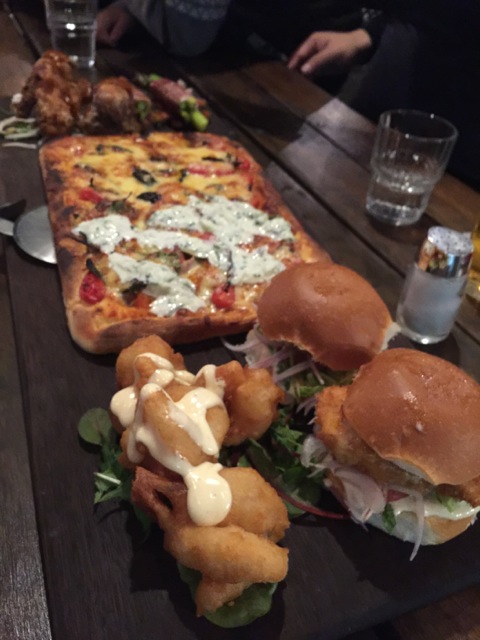 At Margaret River we stayed at the Margaret River Hotel, as they have Family Rooms which have a Queen size bed and an adjoining room with twin beds with one bathroom. It is cozy and quaint, very English, with lots of floral patterns and even floral tea cups, and looks exactly like it does on the website. The location is right smack in the middle of the town, and that evening, with no dinner plans, we took away some calamari and fish and chips from Squid Lips (they also have an outlet at Dunsborough), and found that it was very good. 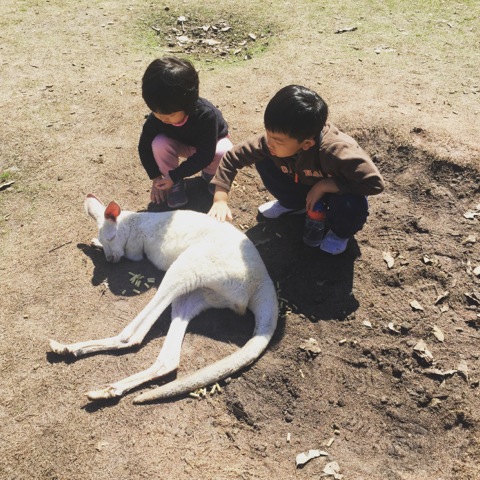 In Perth City, we went to King's Park daily. Yes, every day! It is quite a large park, with ample parking, and 3 (or more?) play areas. We enjoyed their playgrounds, free concerts, and amazing views. If it had not been so windy, we could have spent more time there! 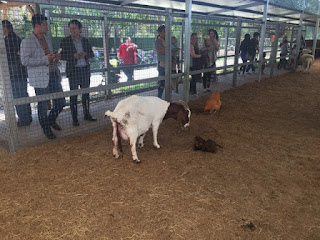 A short drive from the CBD, is Whiteman Park, where there is really so much to do! One of the most famous sights of Whiteman Park is the Caversham Wildlife Park. This was the first time the kids had gone to Australia, and they love animals, so they could see a whole variety of the Australian wildlife. It also includes an area with farm animals, where we saw baby goats around an hour old, and another goat tried to eat the map from the husband's back pocket. The park also includes an interesting farm show which was great for kids, including sheep sheering. We forgot to bring some snacks or a picnic lunch, so we left earlier than we really could have. The park is well kept, and very worth the visit. 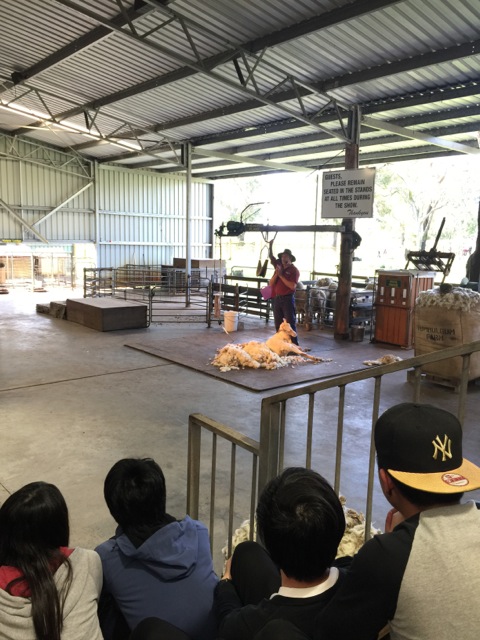 There were a few other sights that we wanted to visit - SciTech, Freemantle, perhaps some museums, but we never even got around to it!

On the day we drove from Perth City to Dunsborough, we first stopped by King's Park again, to let the kids have a little run around  before heading south. We bought plenty of supplies from Woolworth's and the husband made breakfast daily, so the night before we prepared some sandwiches. Along the way, we were driving into the little town of Australind, and spied a playground next to the lagoon, where we stopped to have some lunch and play time. Many of the playgrounds have toilets nearby, which always made them great rest stops!

Once we were in Dunsborough, we were all ready to explore the surrounding area! We started our first day there with some ice cream at Simmo's, which is quite highly recommended, but it honestly didn't blow me away. There is a very lovely playground on the grounds, and they have 2 emus and a camel which you can see up close, which are worth a visit if it's along the way. 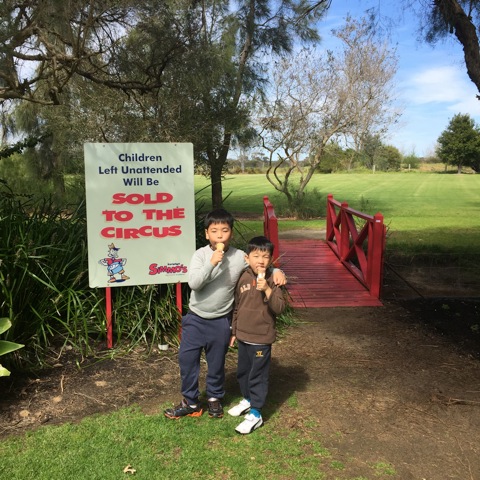 My kids love watching Paw Patrol, and I know lighthouses are hard to come by, so I insisted we go to Cape Naturaliste, since Cape Leeuwin was too far away and we were not intending to go there. Cape Naturaliste is apparently one of the smallest lighthouses, but this makes it easy for the kids! We paid for a guided tour, and my 3 year old daughter made her way up and down the lighthouse easily. We learnt much about their way of life, and ship navigation. Best of all, while we were admiring the views from the top of the lighthouse, we got to see some Southern Right Whales! We had decided against going on a whale watching cruise because it was quite cold, and the husband was worried about the safety for the kids, so being able to catch them was just amazing. 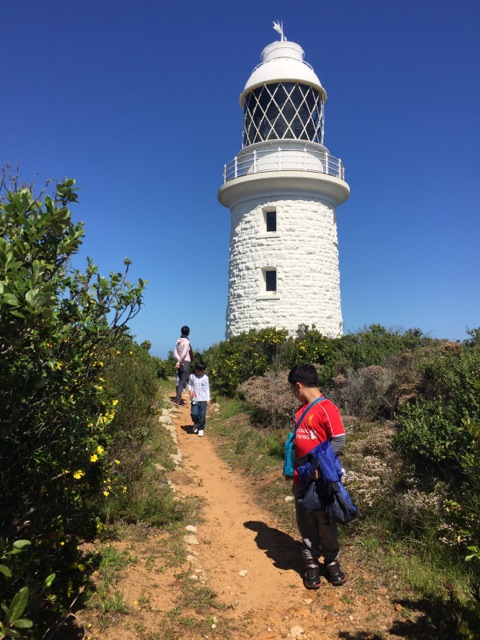 After the lighthouse, we headed down to Bunker Beach Cafe, where we were able to catch more whales in action! Lunch was really good, and after lunch we headed to the beach where the kids spent quite a lot of time playing. We probably would have been there the whole afternoon had it not been too windy. 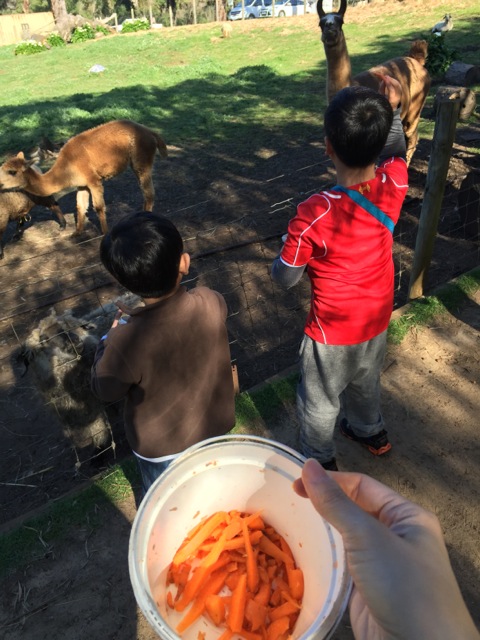 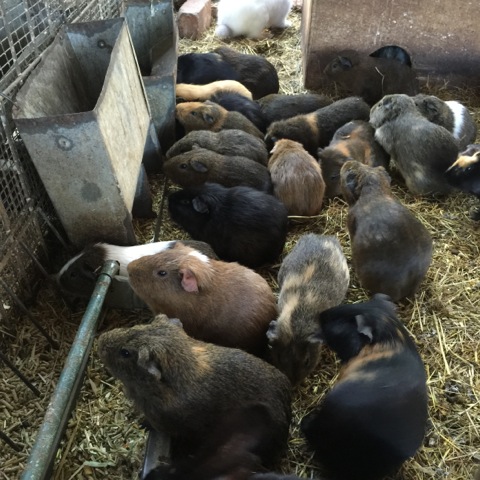 I find the farm rather old, but the kids loved it anyway. There are also bouncy castles and bumper cars and a little lake you can row along, and a small carousel, as well as 2 play rooms, all included in the entrance fee. 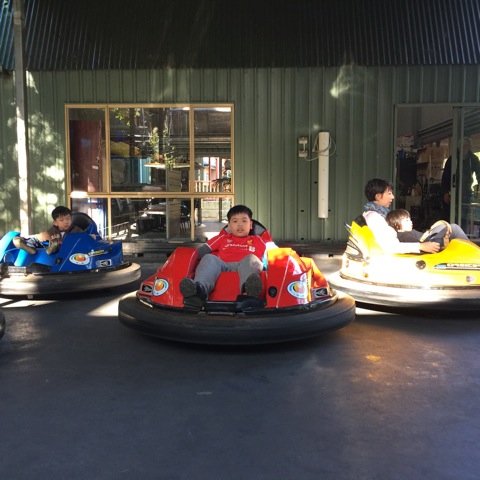 We have visited a fair share of wineries over the years, including some in the Margaret River region, so vineyards and winemakers weren't on the top of our list this time. Perhaps if it had been harvest season I would have been keen to bring the kids for a vineyard tour (if there are any catered to kids?). But the vines were only starting to grow for the season, so there weren't any grapes to even look at. The husband and I have also been to Busselton, so we decided to explore places that we had not been to before.

On the day we wanted to visit the Margaret River Silk Road to see some silk worms, it was closed. So we headed slightly down the road to the Amaze'n Margaret River. The maze was really something! We had good fun trying to find our way out, and then spent some time walking along the gardens. It was very windy and cold that day, otherwise we could have spent more time there. They also have a nice little cafe and many games for the cafe area.

Our kids love the beach, so it's a pity the weather was not ideal for more beach time, because the beaches are just breath taking. We really liked Smiths Beach, and Surfer's Point. It was just far too windy and cold, otherwise we would have loved to do some walks along the capes. It must be gorgeous in the warmer months, so I guess we'll just have to go again soon to find out :) 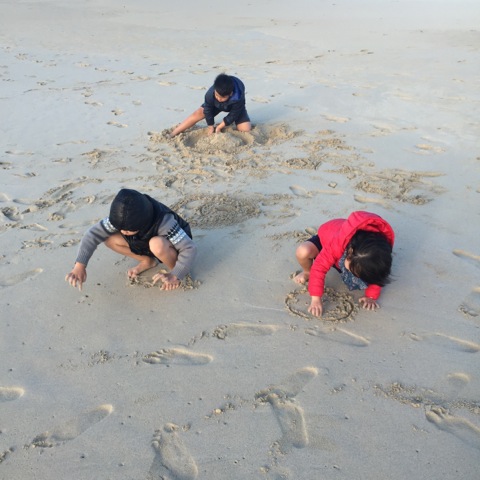